Hope you’re having a good week so far?

Mine has been ok. Work is same old same old, but I’m trying not to get worked up about it! Although eating a whole packet of yoghurt coated raisins instead of just the handful I was supposed to eat could be described as getting worked up… I didn’t even realise I was eating so many of them 😦

Anyway, I made yummy chicken burgers for tonight’s dinner. Nothing fancy, but super tasty!

A nice soft white roll, a handful of spinach, a breaded chicken fillet, some grated mozzarella, tomatoes and a squeeze of BBQ sauce – perfect!! We had some chilli and lime rice with it, bit odd, but it was easy and tasty! 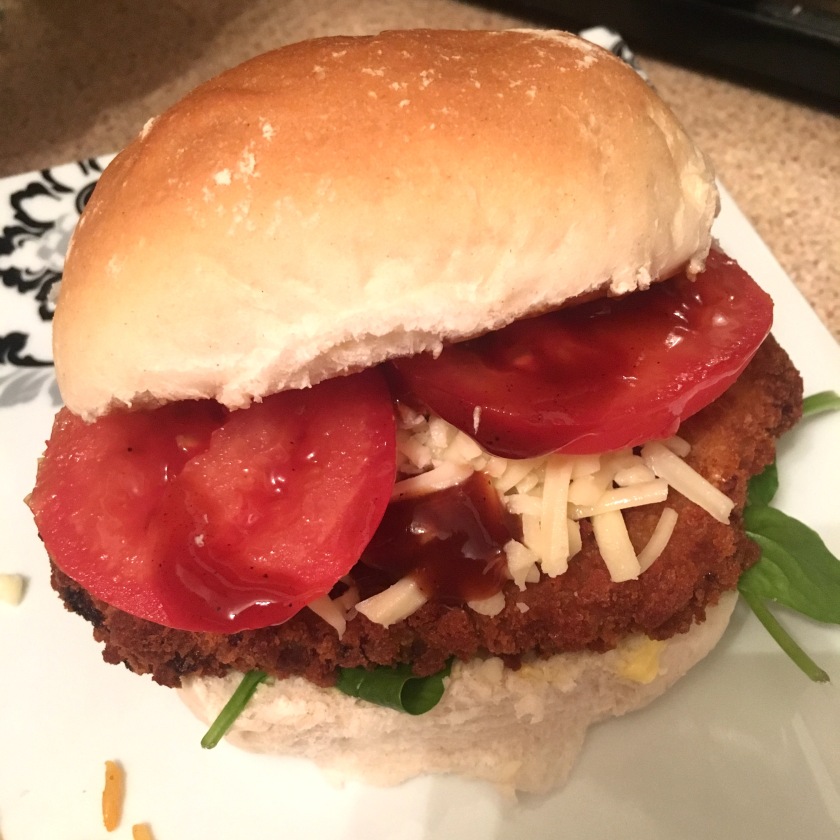 I'm a makeup addict who hasn't a clue what she's doing! View all posts by Annie

This is a text widget. The Text Widget allows you to add text or HTML to your sidebar. You can use a text widget to display text, links, images, HTML, or a combination of these. Edit them in the Widget section of the Customizer.
%d bloggers like this: